The Black Quartz Crystal is “Smokey Quartz” (or Morion)

The black quartz crystal is actually the same mineral as smokey quartz and morion quartz, and only differs from the common quartz mineral due to its aluminum content. In fact, aluminum is the root cause of its light-absorbing characteristic, which causes a translucent-gray to jet-black coloration. Usually, pure quartz maintains a SiO2 chemical structure and is translucent. However, the union of aluminum to the black quartz crystal changes the chemical structure to (AlO4)4- and creates a molecular structure that absorbs light. Updated February 2, 2021.

What is the Black Quartz Gemstone Called?

There are a few common names for the black quartz mineral. In the field of mineralogy, geology professionals and students typically refer to it as “smokey quartz.” In the gem collection world, some refer to the substance as morion quartz. In fact, the name “morion quartz” comes from the Danish, Spanish, German and Polish languages, and is more common in European nations.

The Black Quartz Crystal is Natural

Geologically, all minerals are naturally occurring inorganic substances that usually have an internal crystal structure system. And the black quartz crystal is a natural one. In fact, it is a varietal of the standard quartz mineral (SiO2). However, some specimens circulating the collector’s market are actually fake smokey quartz crystals.

Unethical gem dealers can make a fake smokey quartz crystal in two ways. More commonly, forgers will artificially color or tint the surface of a common quartz crystal to appear smokey. However, this type of “fake black quartz crystal” tends to be darker, non-uniform, and generally unnatural looking. So even the layperson can determine its inauthenticity (most of the time). Moreover, this type of fake morion crystal will only show the smokey quartz color on the surface of the gem, rather than the inside upon cutting it. Whereas a genuine black quartz gemstone will maintain its smokey colorations internally and externally. Nonetheless, a professional geologist can always examine a thin-section of the gemstone to determine its chemical composition, aluminum content, and authenticity.

Additionally, laboratory technicians can produce another type of fake black quartz crystal by using artificial irradiation methods. Although, this method of forgery isn’t very common because it is not economically feasible at this time. As of the year 2021, the market costs and demands of a genuine smokey quartz crystal are simply not high enough to justify the cost of producing fake black quartz gemstones via the artificial laboratory irradiation process (even on a scale of mass production).

The physical properties of the black quartz gemstone are essentially the same as standard quartz. This is because the smoky quartz crystal is still a form of the common quartz mineral. In fact, the only differences are the slight modifications to the chemical formula, and light reflection and refraction tendencies. And the same description applies to rose quartz, amethyst, and citrine. 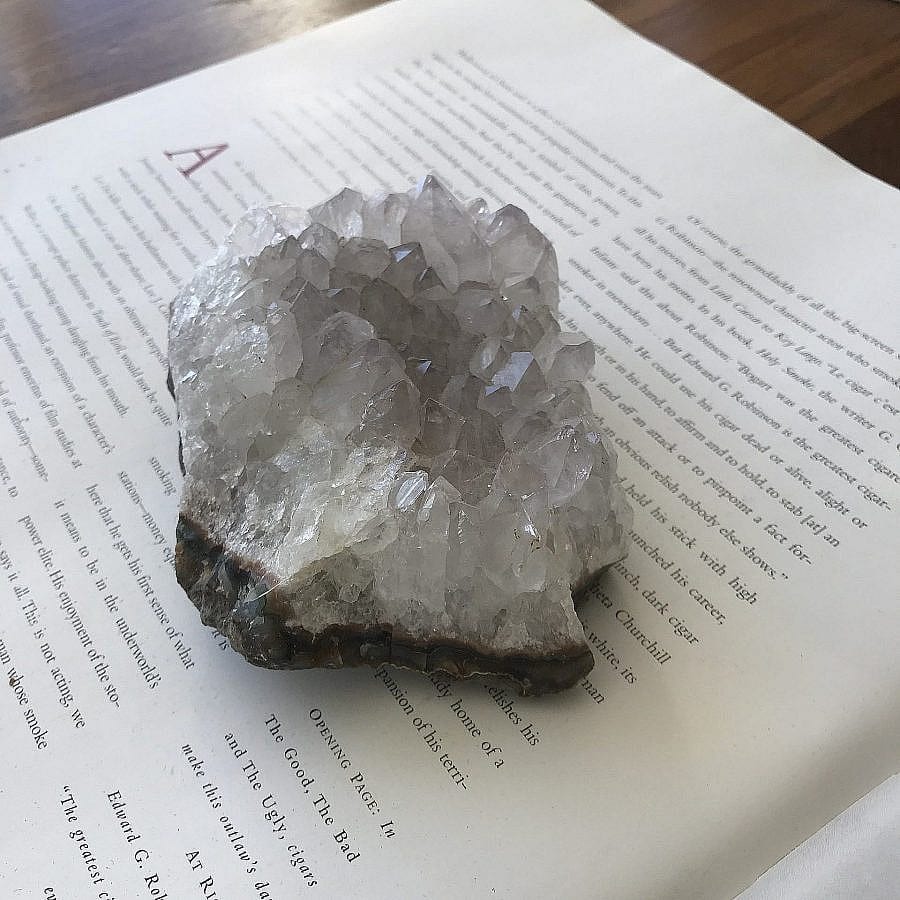 The black quartz crystal has a deep historical connection to various cultures of eastern and western Europe. For instance, historians believe the early Indo-European families of what is now Scotland, Wales, and Irland once considered the smokey quartz crystal to be a sacred gemstone to the Druids. And its earthy colorations were believed to spiritually connect the Celtics to the Earth Gods, philosophers, and noblemen of the prior eras. Moreover, the Ancient Romans and Greeks believed that the black quartz mineral provided a spiritual connection with Hekate, the Goddess of magic, the night, and the moon.

Modernly, many cultural and spiritual groups believe that the black quartz gemstone possesses healing properties. To summarize, the color of the stone relates to modern spiritual theories of “grounding.” In essence, the beliefs suggest morion quartz crystals assist people with releasing the difficult stages of their past. And carrying on for a brighter life ahead.