The geology of Mars is an exciting and breakthrough topic within geoscientific communities, worldwide. As more imagery and geological data come back from the red planet, the geologists at Geo Forward are enthusiastic to share their professional opinions and hypotheses. Especially in regards to Mars rocks, and their similarities to igneous, sedimentary, and metamorphic rocks here on Earth. 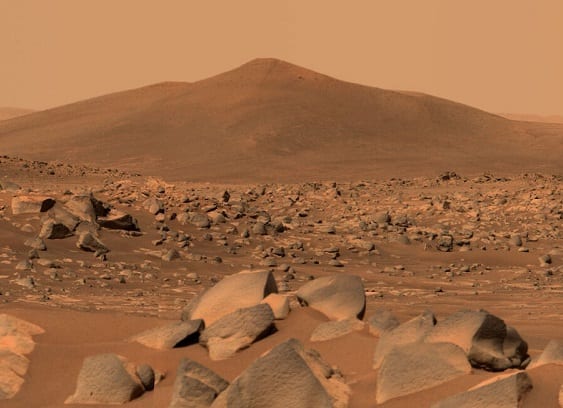 The Importance of a Proper Geological Assessment on Mars

By definition, geology includes the study of the Earth, as well as any other terrestrial planet, such as Mars. And geology tends to be a vast field of science, with foundational elements from physics, chemistry, and biology. However, as it stands, mankind is still only partially knowledgable of Earth’s geology. And despite all of the fascinating breakthroughs in the past 500 years, the same notion applies to other branches of science. Nonetheless, the research, discoveries, and hypotheses by human scientists thus far, are absolutely astonishing.

What the Geology of Mars Could Tell Us

But perhaps the forthcoming discoveries will also help geologists understand Earth even more. And then, perhaps those breakthroughs will further enhance our understandings of the other branches of science, such as biology, chemistry, and physics. Or perhaps those pieces of information will unveil in opposite orders! Nonetheless, from the standpoint of a scientist and utilitarian species, the order of the information is less important. Because the forthcoming data from Mars might lead to a breakthrough era for science, technology, and humanity in our lifetime.

The five probes already on the red planet continue to provide a plethora of information about the geology of Mars. And by referencing publications made by NASA and SpaceX, a quantum leap in science and humanity just might be around the corner.