Thrust Fault: In the field of geology, a thrust fault is a reverse fault in which the fault plane dipping angle is less than 45 degrees. Thrust faults are dip-slip faults, and can also be listric faults. For instance, the fault underlying the western embankment of the historical St. Francis Dam in Saugus, California was a thrust fault that contributed to the dam’s catastrophic failure in 1928. And this fault line is apparent at the ground surface, as it demonstrates a contact between the sedimentary Sespe Formation sandstone and metamorphic Palona Schist. 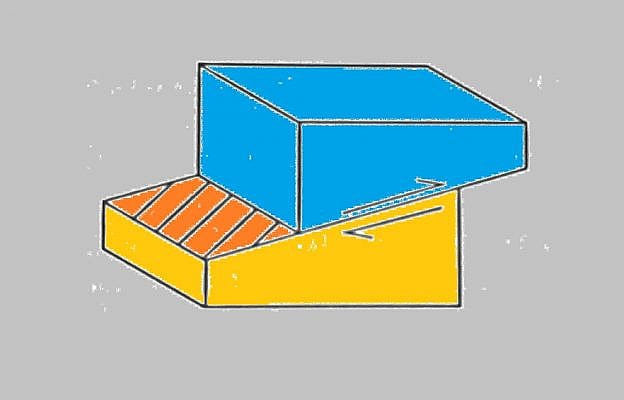 A Blind Thrust Fault: A blind thrust fault is a type of thrust fault that does not reach the ground surface. Thus, the fault plane is not observable without excavation or geophysical survey equipment.