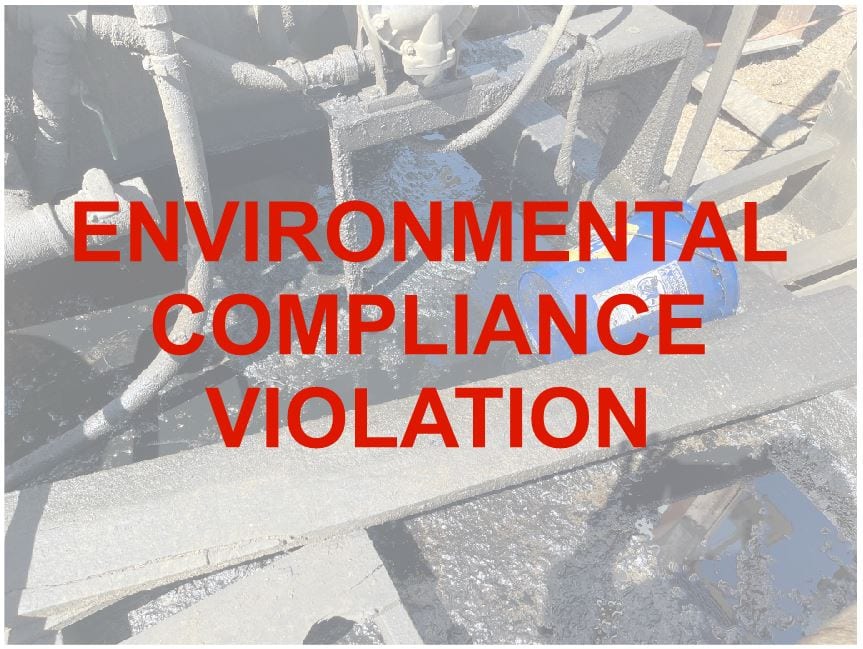 Illegal dumping refers to intentionally disposing of a hazardous substance in a way that is unsafe and illegal. This includes pouring chemicals onto the ground or into the ocean, as well as disposing of hazardous waste by including it with regular trash for pick-up. This type of violation is usually intentional and constitutes a criminal offense.

A spill is an accidental release of contaminants into the environment. This could be a slow leak coming from a storage container, or a quick release if a container spills or breaks. This type of violation only becomes a criminal offense if the responsible party fails to report the accident, or if someone tries to cover it up.

Typical industrial operations are widely known to use and generate hazardous waste materials. And regulatory agencies do understand this is a requirement for certain industries to exist. In fact, even today there are many types of hazardous materials allowable within industrial facilities, for use in the way intended. However, the problem is that the use of some chemicals are also banned. For example, polychlorinated biphenyls (or PCBs) have been illegal in the United States since 1979, due to the proven bodily harm it poses to humans and animals. And this is a chemical that has been widely used for industrial purposes.

Nonetheless, centuries of ongoing pollution now warrant the requirement for regulatory oversight and toxic waste management. For instance, consider the action of spraying pesticides for commercial use. Today, there are a variety of pesticides that have been banned due to their affiliation with poor health. Thus, this is a commercial activity that requires close observation for environmental compliance. In fact, the use of illegal spraying materials may be a criminal offense. As a result, a facility’s usage, generation, and disposal of hazardous waste must be regulated. And this is best accomplished by records keeping, and document review during audits and inspections.

Violations of fraudulent nature typically surface within the bureaucratic aspect of hazardous waste management. And there are many underlying environmental issues that are cause for concern in this matter. Falsification of documents can range from tampering with laboratory results to producing fraudulent records regarding the generation and disposal of hazardous waste. But with today’s strong concerns for the environment and technological support, regulatory agencies are sure to catch actions of falsification and fraud. Moreover, discrepancies exposing fraud can easily arise during a lender-driven environmental questionnaire and Phase 1 Environmental Site Assessments. Thus, it is best for companies to operate legitimately. And an environmental compliance violation can be avoided by using a third-party environmental engineering company to perform environmental compliance audits.

If there is suspicion of a potential environmental compliance violation within a community, citizens are encouraged to report the information to regulatory health agencies. For instance, a business that appears to be unlawfully leaking liquid-waste chemicals into the storm drain should be brought to the attention of the County Health Department. For reporting a possible environmental compliance violation, there are a few common signs to look for which could be indicators of a potential violation:

The EPA and local health departments make it simple for civilians to report suspect violations. Reportings can be quick and anonymous, especially through the EPA’s Online Reporting Platform. In fact, per the current environmental laws and health and safety codes, there may be a legal obligation for any individual to report a spill or release that could affect public health. Properly reporting any environmental compliance violation is the first step to cleaning up the site, and remaining in good regulatory standing. 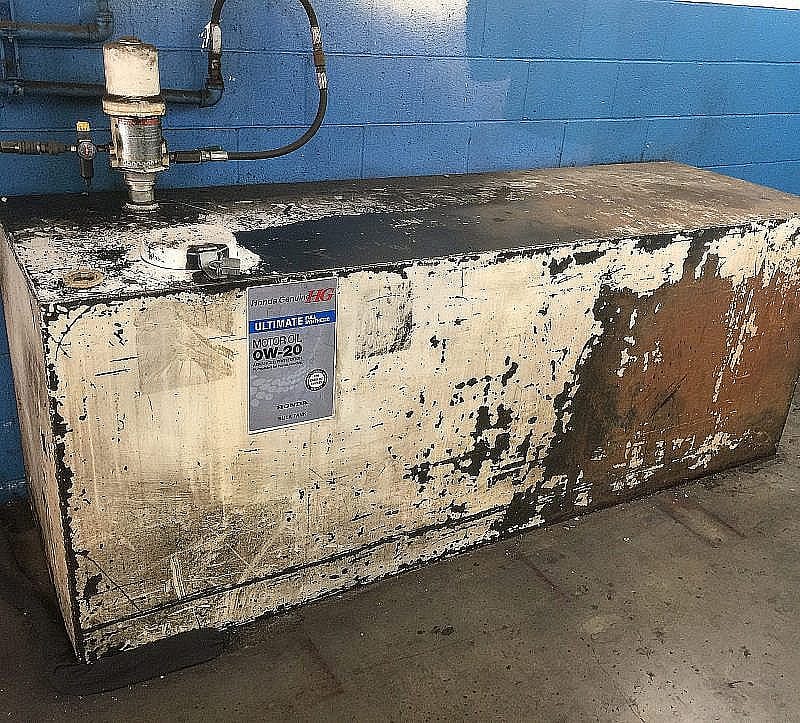 Rusted oil-containing ASTs without secondary containment are an environmental compliance violation in California.

In most cases, it is more cost-effective to take responsibility and stay in compliance, rather than paying violation fines and remediation costs. For example, in 2015, the EPA reached a settlement with a contractor in Puerto Rico, requiring the company to pay a $500,000 penalty for violating the Clean Water Act. The reason some industrial facilities step away from environmental compliance is typically to cut costs. But as history has shown, regulatory agencies see to it that polluters found guilty of an environmental compliance violation spend more in the long run.