Methane Soil Gas: In geology, methane soil gas refers to the confinement of CH4 within the interstitial pore spaces of subsurface soils. On Earth and potentially on Mars, methane derives from subsurface pockets of biogenic and petrogenic natural gas. To illustrate, accumulations of buried organic matter decay via microbial or thermal degradation. And as time progresses, hydrocarbon gases build up within certain stratigraphic units. And eventually, the soil vapor migrates outwards into other formations and air spaces.

Is Methane Gas Harmful to Humans?

Methane is non-toxic. However, it can be harmful to humans in confined spaces and at high concentrations. To illustrate, methane poses a combustion hazard to living spaces when above 50,000 parts per million by volume (ppmv). Additionally, accumulations within breathing zones can displace oxygen and pose an asphyxiation hazard to humans. Some of the physiological effects of displacing oxygen are nausea, headaches, dizziness, and nose bleeding.

Methane soil gas can migrate through different geological formations, and pose an emissions hazard inside living spaces. the hydrocarbon gas takes the path of least resistance during migration. And as a result, vapor intrusion can occur through cracks in pipelines, conduits, and foundations. For these reasons, many building departments implement methane testing and methane hazard mitigation criteria for projects in hazard zones. 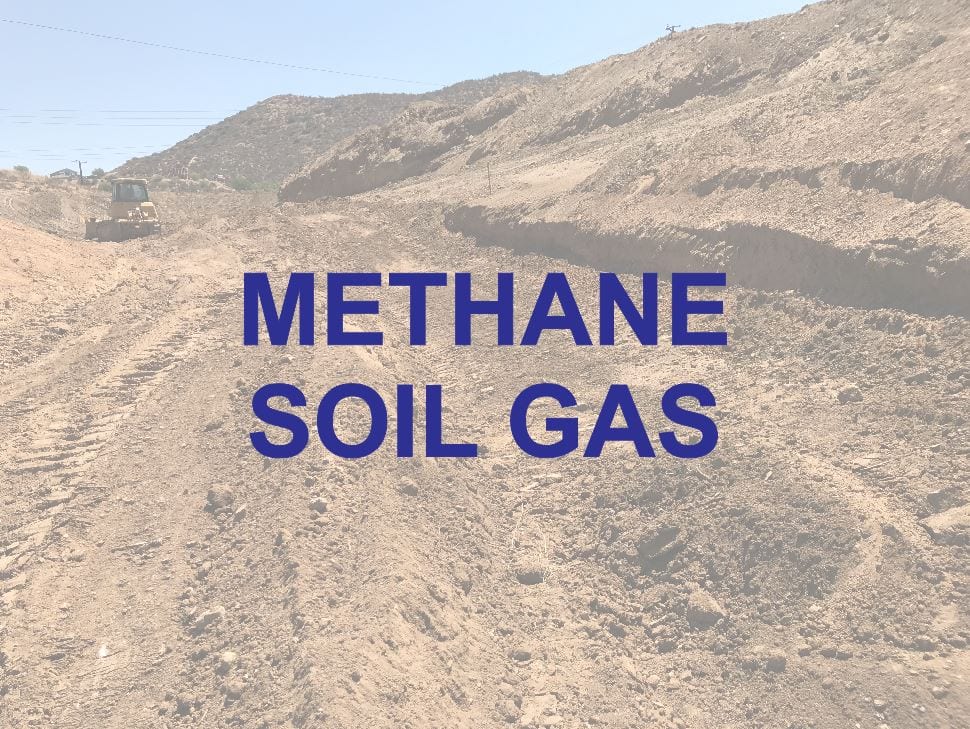