The global population as of July 2020 is 7.7 billion, according to the United States Census Bureau. And the United Nations has estimated that this number will grow to 10 billion by 2050. If the human population does continue to grow so rapidly, an increase in the amount of available food will be necessary. Approximately one-third of all food consumed in America comes from an animal, and to continue this trend would require raising more animals for slaughter, and processing and packing more meat to keep up with demand. It is widely estimated that 99% of animals raised for human consumption are contained in concentrated animal feeding operations (CAFOs) or “factory farms.” But, increasing the amount of factory farming in America to produce more animal products may not be a viable solution for the long term. This is mainly because the meat industry, as it currently operates, faces unique challenges, such as environmental, economic, and animal welfare concerns. Furthermore, there has recently been significant discussion in Congress about agriculture and food policy reform. An investigation into the current state of meat production, as well as an attempt to envision sensible possibilities for the future, could result in a reformation that improves the quality of life for both humans and animals. 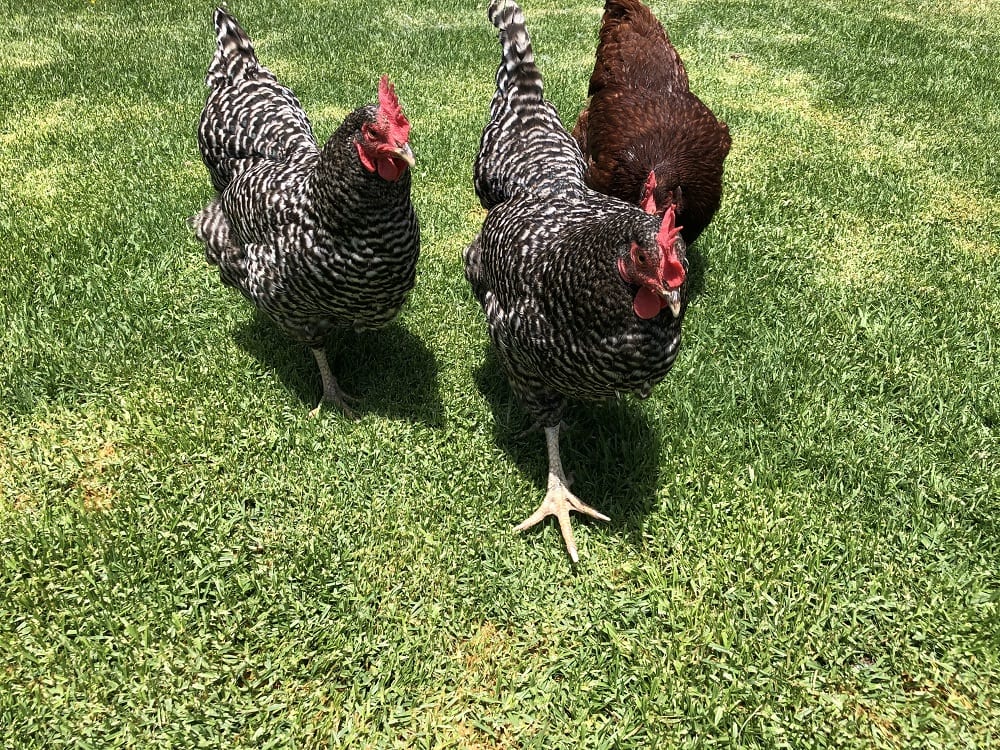 An animal feeding operation (AFO) is defined as an agricultural facility where animals are confined in a stable for at least 45 days a year, and there are no crops or vegetation maintained on-site. The term CAFO additionally applies when the populations are concentrated in such a way that the total amount of animals kept on a lot reaches a certain number. These types of operations are characterized by their efficiency, density, size, and high levels of pollution. And, CAFOs are designated as large, medium, or small based on the total population. For example, keeping a total of 1,000 cattle in a manner consistent with the AFO description automatically constitutes a large CAFO. A medium-sized facility (300-999 cattle) can automatically be designated a CAFO only if, in addition to standard AFO requirements, the operation is polluting surface water as a result of waste discharge. Even a small operation can be classified as a CAFO if it utilizes a man-made ditch or drainage pipe to divert waste into surface water, or if surface water naturally occurs where the animals are contained. This risk of water pollution is the main environmental concern associated with CAFOs, and additional environmental regulation is required with such operations.

The reason that CAFOs are such an environmental hazard is because of the manure produced by the animals, and this includes not only the animal waste, but also litter from the stalls, and wastewater used to clean the containment areas. CAFO manure can contain high levels of pathogens, hormones, antibiotics, blood, and chemicals. High levels of nitrogen and phosphorous make manure a valuable fertilizer, but in such large quantities, there is no way the ecosystem could utilize these nutrients, even if crops were growing. So, the waste may be applied to the land, but run-off will still carry much of the manure to surface water. Alternatively, the waste is sometimes discharged directly into surface water. This is a leading cause of pollution to lakes, rivers, streams, and reservoirs. From there, the pollution migrates into groundwater where it can potentially affect drinking water. Additionally, CAFOs threaten the air quality of the surrounding area with high levels of methane, ammonia, hydrogen sulfide, and particulates (airborne dust and manure). Other impacts stemming from the manure include offensive odors, increased flies and mosquitoes, and a general decreased property value in the surrounding area.

Not many laws exist to regulate animal welfare in the meat industry. One federal law aims to reduce suffering during slaughter, and another requires water and rest to be given once every 28 hours during transport. While states like California have taken steps to improve living conditions for some animals, there is currently no legislation that addresses the welfare of all caged farm animals. The stress caused by intense confinement has been shown to increase contraction and the spreading of disease in farmed animals. One example of this is Newcastle Disease which hit California poultry hard in 2018 and 2019. Another problem is the inability of the animals to carry out any natural behaviors associated with movement, which results in psychological trauma that can manifest as physical harm. Animals have been known to injure themselves in cages through compulsive behaviors resulting from confinement. And, larger numbers of animals result in less attention available per animal to check for health issues, and injury and illness may go untreated. Less-restrictive or cage-free confinement improves overall well-being, alleviates some of the intense waste concentration, and helps to naturally spread manure over a larger area of land. This can decrease livestock illness and reduce the need for antibiotics. Animal scientists recently published recommendations for animal welfare as part of the European Union Animal Welfare Quality program. They suggest, at a minimum: regular access to food and water, enough space to lay down, a temperature-regulated environment, freedom of movement, adequate attention to the health of the animals, and allowing the animals to engage in natural behaviors. Currently, no federal laws exist in the United States to govern the treatment of animals while they are housed in factory farms.

The term CAFO was coined in 1972, during the formation of the Clean Water Act (CWA), because legislators needed a way to identify agricultural operations that created a concentrated, “point source” of water pollution being discharged from the location. The CWA created the National Pollutant Discharge Elimination System (NPDES) and began requiring all CAFOs to hold an NPDES permit. In addition to the CWA, CAFOs are also regulated under the Clean Air Act (CAA). The Environmental Protection Agency (EPA) monitors the air quality around some CAFOs and offers a voluntary Air Quality Compliance Agreement into which CAFOs can enter with the EPA. The basis of the agreement is that the EPA may fine the CAFO small civil penalties, but will not sue the facility for air quality violations. Additional protection from lawsuits comes from the Right to Farm laws that protect agricultural operations from lawsuits brought by non-farming neighbors. One important piece of historical legislation worth noting is the Packers and Stockyards Act of 1921. Created to promote fair trade and good business practices, it was designed to prevent monopolies and price manipulation in the meat industry. More recently, California passed legislation in 2008 and 2018 that outlawed extreme confinement of some animals, granting these rights to veal calves, mother pigs, and egg-laying hens. These three groups of animals now benefit from laws banning the once-standard practice of keeping them in cages not much larger than the animal itself. Additionally, meat and eggs produced in other states can not be sold in California unless the product meets California standards for animal rights.

In late 2019, U.S. Senator Cory Booker presented a new piece of legislation called the Farm System Reform Act of 2019. It was introduced into the Senate in January 2020, where it was referred to the Committee on Agriculture, Nutrition, and Forestry for review. If passed into law, this bill will mandate significant regulatory changes to the meat industry. And certainly, the type of restrictions that would be placed on the meat industry as a result of this act would be unprecedented. In summary, the bill proposes three main reforms: Limit the size of CAFOs, strengthen the Packers and Stockyards Act, and reinstate the requirement for country of origin labeling on meat products. And in May 2020, the House of Representatives introduced a companion bill called the Farm System Reform Act of 2020.

The Farm Systems Reform Act confirms the definition of a “large CAFO” with specific numbers of on-site animals. The limits vary by animal type, from 500 horses, up to 125,000 broiler chickens. Upon passing this bill into law, no new large CAFOs would be allowed to begin operations. And no small CAFO could increase its numbers to exceed the large CAFO threshold. The bill also provides a timeframe for phasing out all large CAFOs. By 2040, no CAFO could exceed the population limits defined for each type of animal. The only option for large animal farms would be to operate in such a way that the feeding operation can no longer be defined as a CAFO. This could be accomplished in two ways: release the animals from their confining stables (free-range) or provide vegetation for foraging (pasture-raised). Because of the economic impact on factory farming operations, the bill also includes debt forgiveness and transition assistance programs. The $10 billion in total available funding will provide financial relief to farmers and help them transition to pasture-based or organic production. 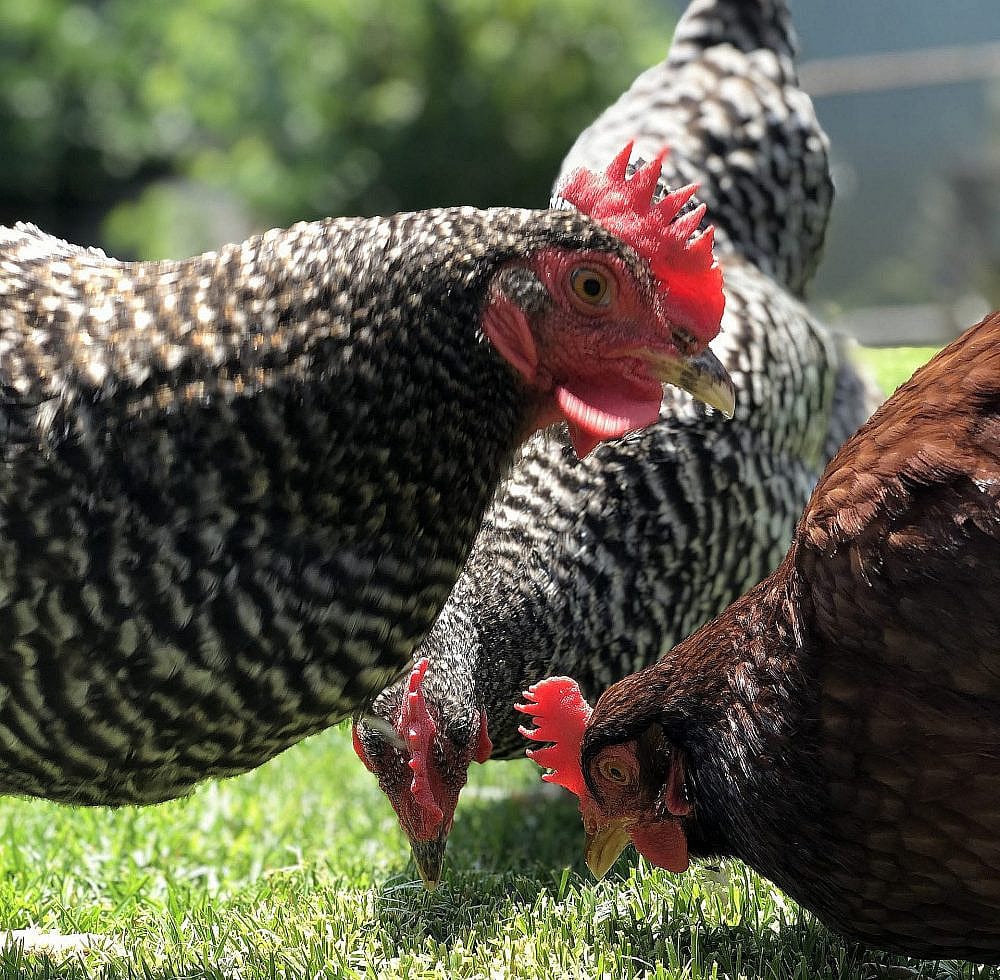 In general, more humane farming comes with a higher cost of production. As a result, the price of consumer goods will increase. Also, the reduced number of animals being farmed will result in a slightly decreased market supply. An example of this happening is the cost of eggs in California over the past decade. Since the enactment of the Prevention of Farm Animal Cruelty Act of 2008, the number of egg-laying hens in the state has declined from around 20 million to roughly 14 million. And the price of eggs has steadily increased accordingly. Many people are willing to pay more for eggs that are produced with less suffering, and it has become the new standard in California. While some predicted that the egg industry would be decimated by this legislation, the market has simply adapted, and consumers have adjusted as well. As living conditions improve for other animals such as cattle, the price of other meat products may also increase. This could result in reduced meat consumption due to higher prices. This would be in line with current recommendations to Americans, from the USDA, which are to eat less meat and eggs and more fruits and vegetables. And many Americans are open to the idea of less meat in their diet, and better treatment of farm animals.