Attire of a Geologist – Things that Geologists Wear and Use

The Attire of a Geologist: Things that Geologists Wear and Use

The attire of a geologist, and the things that geologists wear and use can vary depending on the professional’s sector of work and position. As in most careers, there are different disciplines of work for a geologist to focus on. And each sector calls for the use of specialized gear, technology, and equipment. Nonetheless, learning about the attire of a geologist in any given field can be a fun topic for geology students and aspiring scientists to learn about. Updated March 10, 2021.

Aspiring geologists, geology students, and entry-level geoscience professionals everywhere are asking Geo Forward about the things that geologists wear and use. Most professional geologists start their careers working outdoors, at job sites. In fact, it’s typical to have a field office, as well as a traditional one when starting out. Depending on the discipline of geology one works in, general responsibilities include gearing-up for the outdoors, traversing terrains, collecting samples, taking measurements, drafting maps, writing notes, and more. Consequently, most geologists do conform to a certain type of attire when working. Below are some of the main tools geologists require to execute their tasks.

In the field, geologists face harsh weather conditions, and thus, a variety of terrains. Typically, the job will require traversing hard, dusty, muddy, wet, and/or slippery surfaces. The terrains are insignificant, as the goal is simply to get to the places where data is needed. As such, grippy boots are the choice of footwear for these field scientists. And at drilling and construction sites, steel toe boots are a requirement (amongst other things), in order to protect their feet and ankles from injury.

In general, one can confidently say that the attire of a geologist is typically “outdoorsy.” Most geologists are usually garbed in outdoor clothing and hiking gear. Even when indoors and in class. In fact, a lot of students today sport the outdoorsy clothing look, no matter what the occasion. Basically, anything that would provide them with comfort in the field is often worn as a fashion statement of sorts. It’s speculated that the enthusiasm for fieldwork contributes to the decision in dressing for the outdoors at all times. Much like the saying- “dress for the position you want, not the position you have.”

A hiking hat may seem unnecessary but it is important to shield your face, head, and neck from the scorching rays of the sun. Some hardhats and hiking hats also come with attachable accessories, which further protect a field geologist’s face, eyes, ears, and neck. The higher-end hats have interior bands which are soft to avoid skin, absorb and to catch sweat, dismantlable for packing and travel.

Because they are usually amongst drilling rigs, bulldozers, heavy augers, and other construction site dangers, the Occupational Health and Safety Administration (OSHA) requires a minimum set of health and safety gear for geologists out in the field. 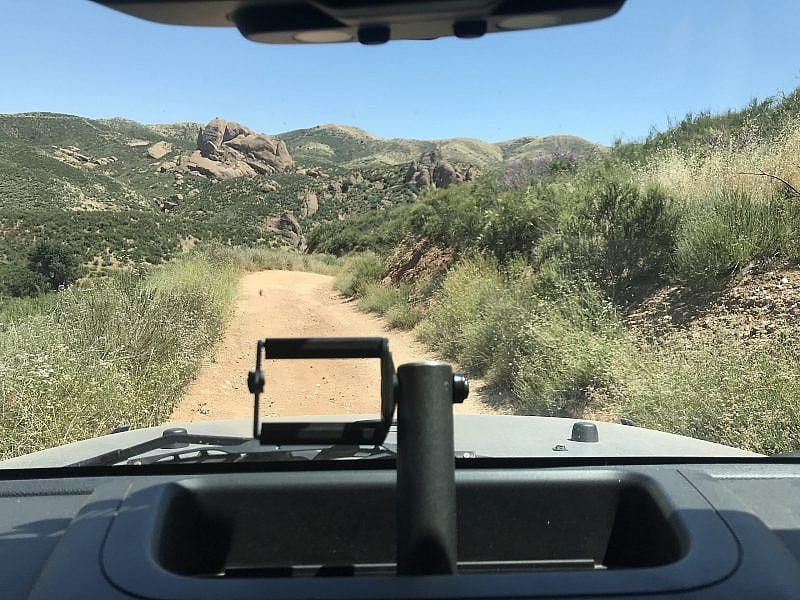 At all sites, some level of personal protective equipment (PPE) is a requirement for field geologists. There are multiple categories for PPE. At a minimum, projects start with Level-D PPE, unless an upgrade is set forth by a Site Safety Officer (Field Supervisor). Typically, field geologists don’t require breathing protection, as long as breathing zone vapor concentrations remain within the nominal operational conditions. If breathing zone concentrations are above action levels; the field geologist will have to upgrade PPE for breathing protection. Ultimately, these job requirements define the attire of a geologist and the things geologists wear and use on-site.

Oftentimes, the attire of a geologist in the field involves wearing an air-purifying system. The use of breathing respirators and purifying cartridges are typically in accordance with the local OSHA laws and ordinances. All on-site personnel, including the geoscientist, must possess a properly fitted air-purifying and respiratory system on-site. If not, he or she may face the obligation to exit the job site.

The Attire of a Geologist Varies Across Industries

The attire of a geologist varies, depending on the individual’s discipline of geology, and position within his or her specific field. For instance, in the environmental engineering industry, entry-level geologists spend almost all their time in the field. As a result, they typically dress casually to work. Whereas project-level geologists, who spend half their time in the office and the other in the field, may have alternating attire. At the project manager level, the attire of a geologist during field days could be casual, and office days could be slightly more professional. Very rarely does the attire of a geologist involve wearing a suit and tie. Although, it does happen from time to time.

Basic Tools Geologists Use in the Field

Aside from the attire of a geologist, is the subject of what geologists use in their line of work. Field geologists make a career out of examining rock formations and earth characteristics at various locations. To perform this effectively and efficiently, they require special tools. The equipment listed below are some of the basic things that geologists wear and use in the field when studying the earth.

In writing about things that geologists wear and use… From a research and academic standpoint, the rock hammer is one of the vital pieces of field equipment that every geologist has in school. This hand-tool is made of hard steel and helps earth scientists break and split rocks. It is also known as rock pick or geological pick. Because most outcropping rock formations have faced extreme weathering and exposure to debris, their surfaces aren’t easy to study mineralogy and composition. Thus, a rock hammer assists geology students to break off a fresh surface of a rock, for sampling and analysis back at the lab.

Rock hammers can have two types of heads. One can have a chisel head and the other can have a flat square-shape head. The chisel head is typically less of a preference, as it applies to clear splintering fractures. On the other hand, the sharp point pick head helps dig through harder rocks and obtain rock joint samples, as well as soil samples.

A geological compass differs from a conventional compass. A conventional compass aids traversers in navigating the directions on maps. Whereas a geologic compass is a technical device used to collect data on the precise direction and angle of dipping geologic formations. Similar to the traditional compasses, the geologic tool utilizes magnetic induction damping for its needle oscillation. However, the readings with respect to the strick of a plane surface encountered in the field, are compared to magnetic-north. These measurements refer to as “attitudes” and “bearings,” and more colloquially as “strike” and “dip.” And each instrument requires periodic calibration for accurate the magnetic north vs true north values. Geologists also use this specialized instrument in the field to study the slope orientations and angles of faults and fracture zones. Brunton, Inc. is the top designer and manufacturer of these devices.

Most schools and field camps still require geologists to navigate outdoors using large print maps, compasses, and rulers. This is a matter of practicing and learning the fundamentals of geological field methods. The process can be daunting, as there is much to carry. And paperwork in the field isn’t exactly easy to deal with. Alternatively, bulky hand-held global positioning devices were a common field device in the mid-2000s. However, given the advancement of smartphones, hiking apps, and data plotting tools today aid field geologists with navigating through the study areas and reporting data. In fact, some trail and topo map apps can be used offline. Which truly comes in handy in rural areas. Although apps and technology don’t necessarily fall under the “attire of a geologist” category, they certainly are things that geologists use.

A hand lens is basically a small magnifying glass, with a glass piece about the size of a dime. In fact, it is one of the first basic tools a freshman geology student gets to use during labs and field trips. The tool helps the naked eye identify small characteristics of rocks, such as splinters, fractional patterns, mineral content, texture, and more. And many astute field geologists carry a miniature hand lense on their keys at all times, as a key chain. And this item, in part, also becomes part of the attire of a geologist.

One Type of Geologist Field Vehicle (Jeep Wrangler JK) & A View of a Rock Formation in Cal-Nev-Ari, Nevada. Photo By: Geo Forward.

Learn More about the Attire of a Geologist

To learn more about the attire of a geologist and the things geologists wear and use, follow Geo Foward online. Weekly updates to blogs, videos, and social media posts provide followers with fast and easy information about all the geological and environmental industries across the board.