What is the Methane Mitigation Process?

The methane mitigation process entails eliminating the risk of an explosive event at a building, as a result of hazardous soil vapor intrusion. Vapor intrusion is the natural process by which underground gasses migrate upwards and into buildings. So in the case of structures built atop contaminated soils, the chemicals from the subsurface change phases from liquid-form to vapor-form, and move indoors. These gasses take the path of least resistance. Thus, the small cracks and seams which always exist within a concrete slab are the preferred migratory pathway. And because methane itself shows no coloration or smell, occupants are unaware of its build-up. Updated May 17, 2021.

The requirement to mitigate soil vapors isn’t exactly a land developer’s favorite thing to hear. Neither is learning about a project being within a methane zone. To most developers, the methane mitigation process is understood to be timely and costly. Although, many of them do also understand that it is a non-negotiable requirement for occupant safety. As technology improves and knowledge spreads, regulatory agencies also become more aware of the impacts on health and safety. As a result, environmental laws and health and safety regulations keep improving, to ensure a better future for America. 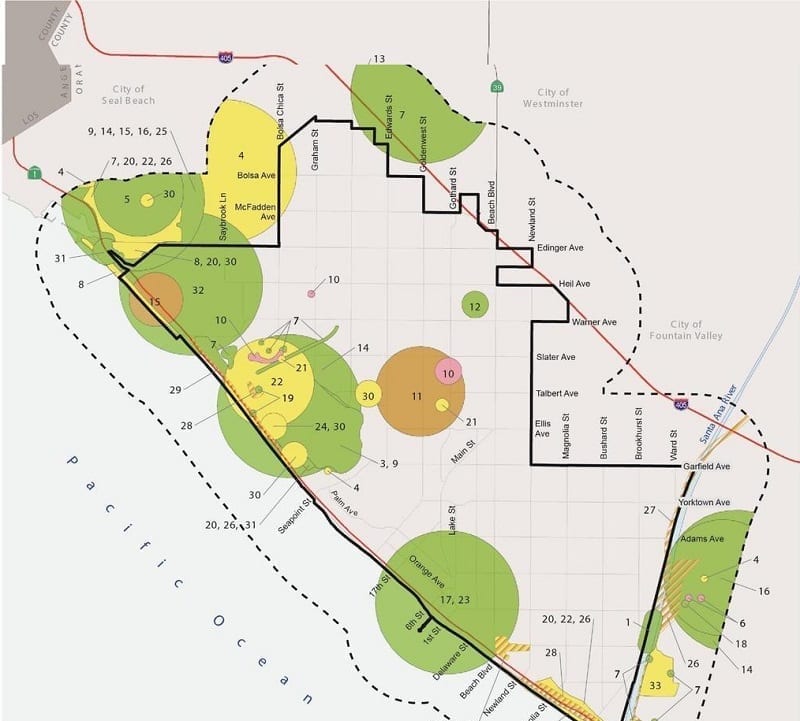 Testing for methane soil gas underground might be the first step for any developer undergoing the methane mitigation process. This task generally entails drilling at a property and installing soil vapor probes for sampling. The sampling events take place over a period of 24 to 48 hours and require the oversight of a professional geologist. In fact, in some jurisdictions, the results of the methane soil test may serve to eliminate the methane mitigation requirement overall. In other cases, it helps optimize the parameters of a mitigation system, so that developers could reduce their costs and effort as much as possible, meanwhile satisfying the local agencies.

Final methane test reports require submittal to the local building department or methane mitigation authority agency. These reports undergo a strict review process by the agency caseworker and may be subject to changes and revision. It is important to contract a proper methane testing company with experience in your area, to ensure that push-backs, revisions, and rejection don’t slow down the project.

A mitigation plan is the next step in building within a methane district. This is a special design process, and generally requires the input and certification of a licensed geologist or engineer. The final set of architectural and structural plans are a prerequisite for the methane mitigation process. Additionally, a copy of the geotechnical report and grading plan is helpful for this design process. The geologist will prepare a complete set of methane mitigation plans, which include all the necessary calculations and specs for contractors to build accordingly. Similarly, the local building department’s standard methane mitigation plans can assist builders to meet this criterion for small and simple projects.

Constructing a proper methane mitigation system, in accordance with building department codes and plans can be challenging. Especially when trying to schedule the work around the other job-site activities and timelines. Methane mitigation construction is a specialized area of work and requires barrier manufacturer certification, as well as authorization by my regulatory agencies.

Fourth Step – Get a Qualified Inspector to Double-Check

In almost every jurisdiction, the oversight agency will require that a special methane system inspector oversee and approve the construction of a mitigation system. This task typically refers to as “Methane Deputy Inspection,” and requires a certification process. A deputy inspector is in charge of using his or her knowledge in the industry, to ensure, on behalf of the local building department, that a proper construction job is taking place. Deputy inspection is a crucial part of the methane mitigation process, as it remains the final step before the project can sign off. To avoid any conflict of interest penalties, the deputy inspector should have no relation, whatsoever, to the contractor on the job.